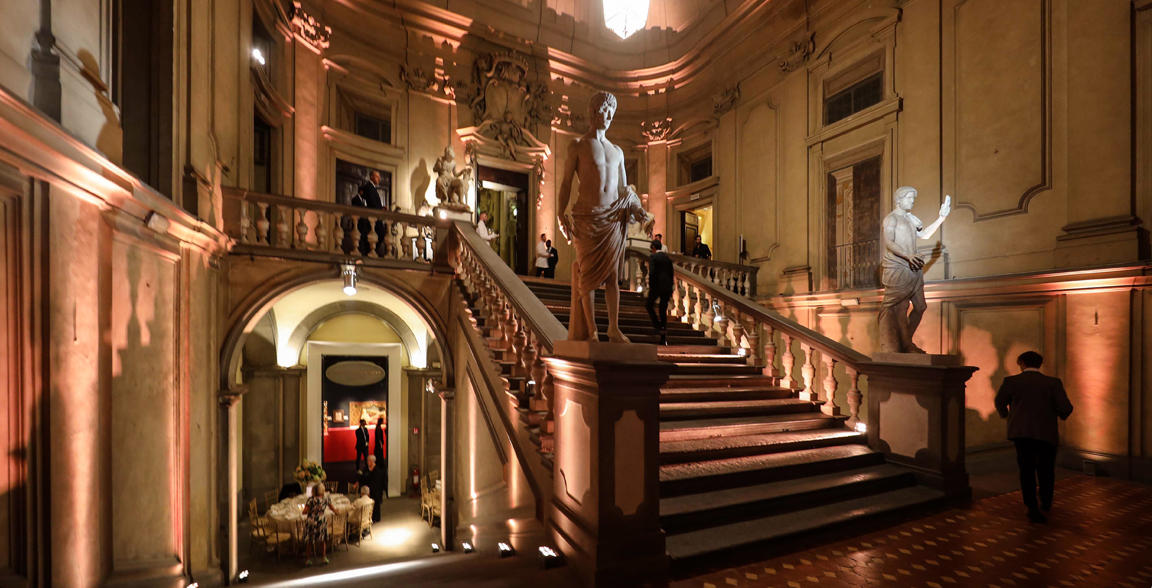 From the Baroque to the Novecento: Two Centuries of Italian Sculpture

The selection proposed by the Galleria Walter Padovani for this 32nd edition of the Florence Antiques Biennale covers a period of two centuries of Italian sculpture, starting with the historic Ginori porcelain factory and ending with a celebratory and commemorative work of the 20th century.

Connected from both a chronological and productive point of view are two objects linked to the history of the Doccia porcelain factory, whose museum at Sesto Fiorentino has recently reopened. The first is a white porcelain sculpture depicting St Charles Borromeo in Adoration of the Crucifix after a bronze model by Giovan Battista Foggini (Florence, 1652 – 1725), of which three 18th century versions are currently known. Our piece can be considered one of the first, if not the first, version of this composition produced by the factory. Whilst this piece embodies the “final” product, marking the end of the factory’s production process, the wax high relief of the Madonna and Child was one of a collection of models that were not necessarily translated into porcelain. Intended for Marian devotion, the artist responsible for this late Baroque relief can be identified as Girolamo Ticciati (Florence, 1676 – 1744).

Also presented is a Female Head, a sophisticated combination of wood and terracotta executed by the Bellunese artist Giovanni Marchiori (Caviola di Falcade, Belluno, 1696 – Treviso, 1778), an anticipation of Canova’s famous ideal heads. There is also a marble version of this work, with its characteristically harmonious features and extraordinary refinement in the classical mold, depicting Venus or Flora and now in the Museo Civico of Treviso.

Two Roman marble urn-shaped vases with reliefs depicting the Four Seasons, dated to around 1770/80, belong to the tradition of “Piranesi vases” in which archaeological research and erudition are accompanied by inventiveness and a taste for the capriccio, of clear rococò derivation. Here the classicizing decorative scheme alludes to ancient art works, such as the Borghese Vase and the Ara Pacis. Finally, moving to the past century and more specifically the interwar years, we find a bronze depicting a Group of Soldiers by Arturo Martini (Treviso, 1889 – Milan, 1947), originally made for the public competition to create a monument commemorating the Marshal of Italy Emanuele Filiberto di Savoia. The figures of soldiers arranged in a circle, huddled behind a trench, are strongly evocative of a war that had only recently ended and the gratitude of the Italian people to one of Italy’s most beloved military figures of the First World War.

VISIT OUR WEBSITE WALTERPADOVANI.IT TO SEE ALL THE WORKS AND ACTIVITIES